XRP Drops Into .886 Fib Support – Are We Still Heading Lower?

XRP Drops Into .886 Fib Support – Are We Still Heading Lower?

XRP dropped by 14% over the past week bringing the price for the coin down to $0.228. It managed to find support at a short term .886 Fibonacci Retracement level at around $0.228 and has managed to rebound higher from here to reach $0.2336. 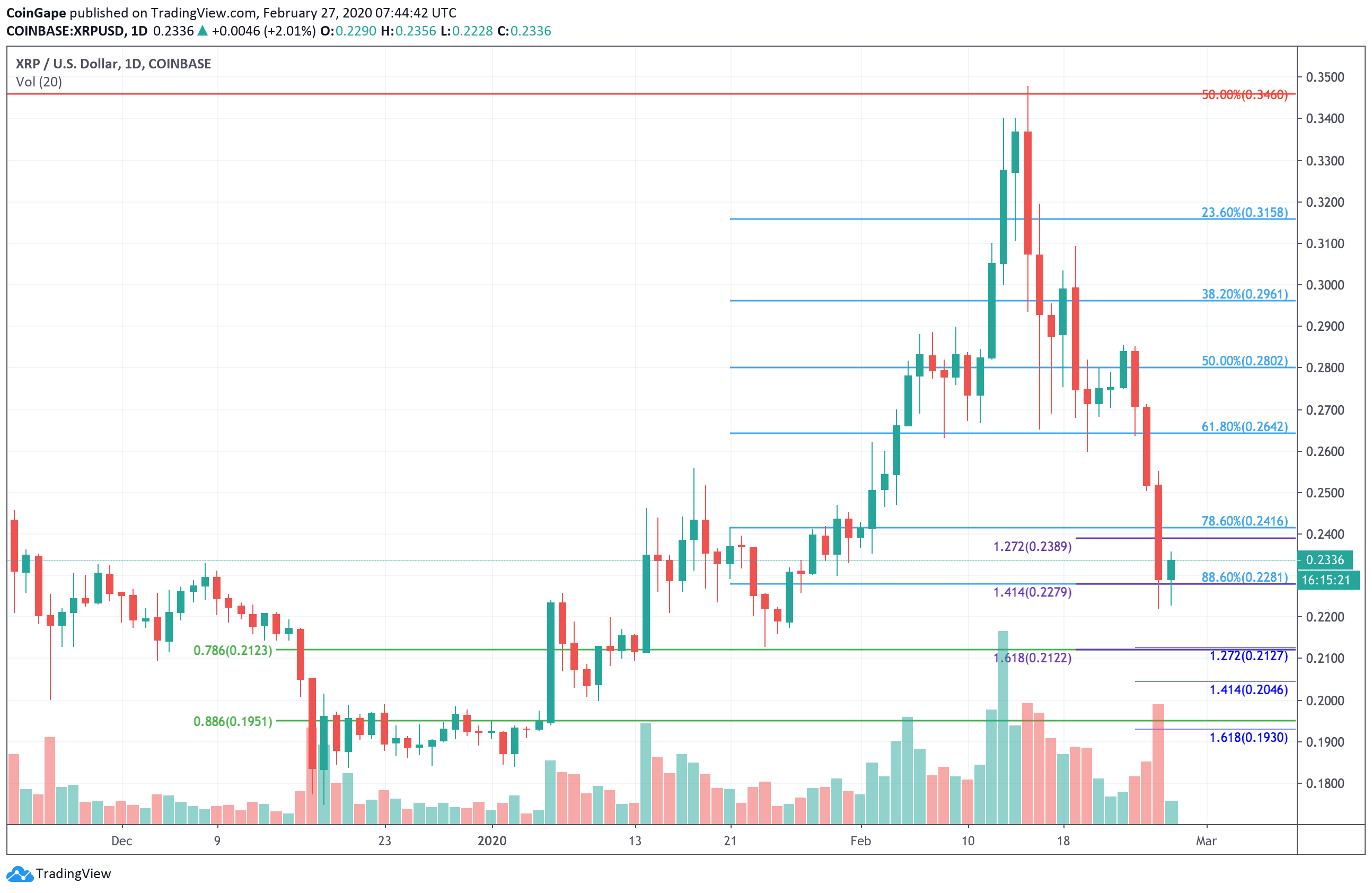 Looking at the daily chart above, we can see that XRP struggled to break up above resistance at the bearish .5 Fibonacci Retracement level $0.346 toward the middle of February. This caused it to roll over and start to fall.

It found brief support at around $0.27, however, it went on to collapse beneath here after a failed rebound attempt.

Over the past 3-days, we can see that XRP continued to decline until finding recent support at the .886 Fibonacci Retracement level priced at $0.228. This area of support is further bolstered by a downside 1.414 Fibonacci Extension level.

The break beneath $0.25 has certainly turned XRP bearish. Hopefully, it can rebound from here and regain some of the previous losses.

If XRP does break beneath the current support at $0.228, we can expect immediate support below at $0.22. This is followed by support at $0.21 which is provided by the downside 1.618 Fibonacci Extension level and bolstered by a long term .786 Fibonacci Retracement level.

Two Crypto Altcoins Are Up 111% and 95% This Year As Bitcoin, Ethereum and XRP Breakdown Continues
Lawsuit That Ripple Says Could Tank XRP Will Move Forward, Judge Rules