The first fork of Bitcoin – BCH underwent halving yesterday, and the response from the miners was disastrous. It caused nearly a 90% decline in some mining pools as the total hash rate of the network declines drastically. 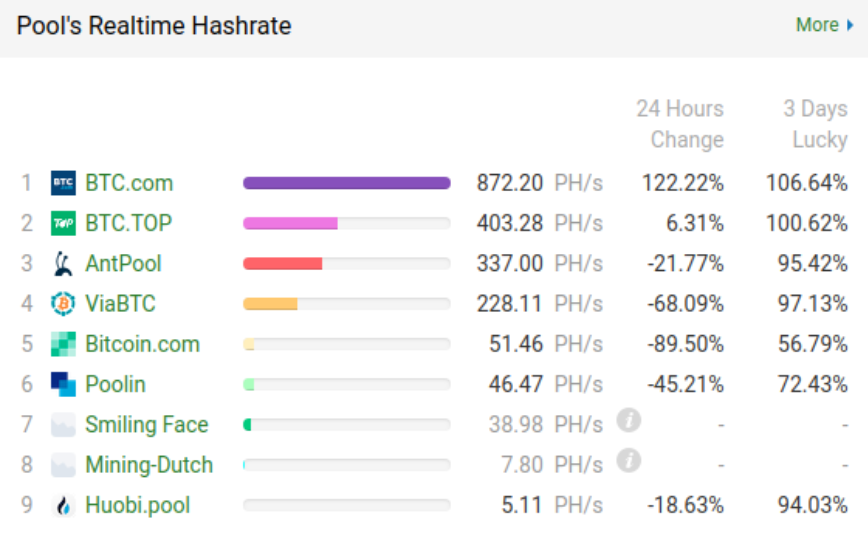 The block times of Bitcoin Cash [BCH] have increased dramatically, making it easily susceptible to 51% attacks.

The halving of the Bitcoin SV [BSV], backed by the self-proclaimed Satoshi Nakamoto, Craig Wright is due later today. Since the total hashrate for Bitcoin SV has been sufficiently lower than BCH, the halving poses greater risks on Bitcoin SV.

As the price dropped significantly during mid-March, Bitcoin [BTC] saw large scale miner capitulations. However, the charts for BCH and BSV reveal that these miners might be motivated by belief, rather than profitablity.

In the short-term, it builds a positive case against severe miner capitulations, but the long-term sustainability of these protocols is still uncertain.

Bitcoin SV price has seen a 17% increase in the last two days. Moreover, the break above the 200-Day Moving Average along with resistance from the levels of the drop during the coronavirus panic around $190, which is bullish.

However, the halving poses risk to the on-chain stability of the protocol as the profitability of miners will drop by 50%.

Furthermore, apart from the susceptibility to attacks, even at the current hash rate, Bitcoin is more profitable to mine as well. Hence, this opportunity cost will motivate the miners to shift to Bitcoin.

How do you think the network will react to the halving?