Why traders are making a strong case for bitcoin at $7,700 as volume and momentum weaken

Why traders are making a strong case for bitcoin at $7,700 as volume and momentum weaken

The bitcoin price is pulling back after testing the $10,000 level three times in the past week. As the price trend of BTC eerily reflects its movement in October 2019, traders are anticipating a steep pullback.

How bitcoin failed to rise above important resistance

Throughout the past three weeks, the bitcoin price attempted to break out of a crucial resistance level at $10,500, which it rejected in October of last year.

Traders are anticipating $10,500 to have been the local top and expect the dominant cryptocurrency to consolidate after a near 50 percent rally. 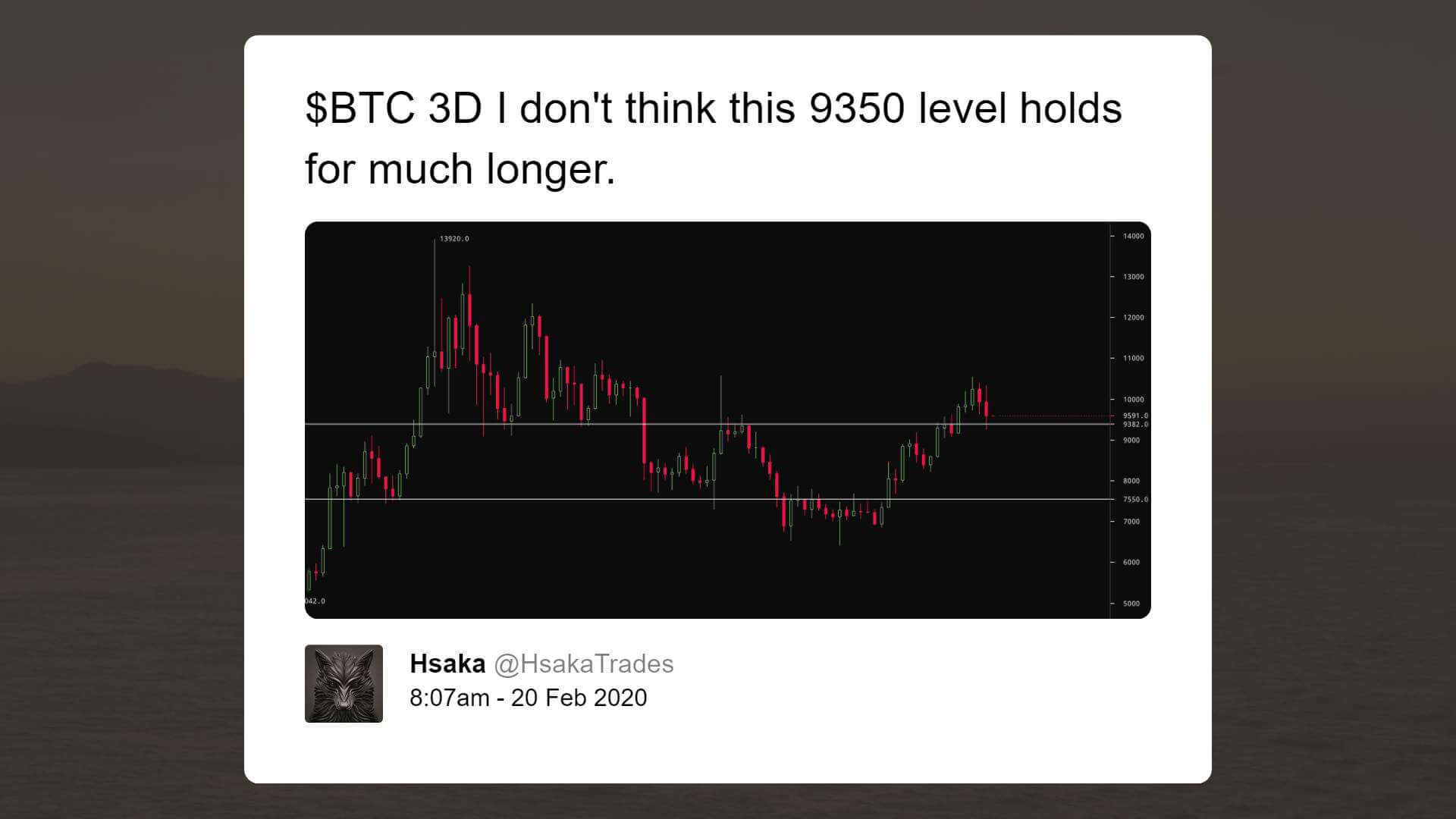 Reputable traders like DonAlt have pointed towards $7,700 as the potential target of the consolidation, especially if the weekly candle of bitcoin closes below $9,700.

So far, the short-term price trend of bitcoin in the past month replicates the reaction to the previous rally of BTC to $10,600 in 2019, making it vulnerable to an extended correction.

A pullback at this time would provide would provide balance to the market for long-term prosperity, as some whales have described the recent upsurge as irresponsible manipulation.

Joe007, one of the largest whales on Bitfinex, said:

“Funny how it’s manipulation only when the price crashes.

Analyst: Ethereum may see intense rally after piercing this technical resistance
XRP is lagging behind major cryptocurrencies in 2020, what’s behind the lackluster performance?