What does Bitcoin breaching its parabolic phase pattern indicate?

What does Bitcoin breaching its parabolic phase pattern indicate?

If a cryptocurrency analyst was challenged to list out the reasons for a Bitcoin bull run in the current market, the individual would probably break a sweat. Bitcoin’s market is now consolidating at a lower valuation than the previous week, and the commotion around Facebook’s Libra has not assisted Bitcoin recently.

Major exchanges like Binance and Bitstamp also reported an increase in outflow in terms of Bitcoin as “panic selling” transpired in the market. Binance reported an outflow of around $98 million, while Bitstamp outpaced it with a staggering $159 million.

The question remained; what would be the next source of the Bitcoin optimism? Turns out the answer is based on another previous factor.

The parabolic phase of Bitcoin was collectively said to be responsible for the market surge witnessed late last month. It was suggested that the parabolic pattern occurred for the 4th time in the last decade and Bitcoin was benefiting from this particular trend pattern.

Peter Brandt, an old school trader, had stated that BTC had not witnessed a “measurable low” for 17 consecutive days prior to 1st July, which suggested that the price was going to surge even higher. Sadly, that was not the case.

At press time, Bitcoin’s price had broken out of the parabolic pattern and the community was expecting a bearish outbreak. But, there is more to it than what meets the eye. 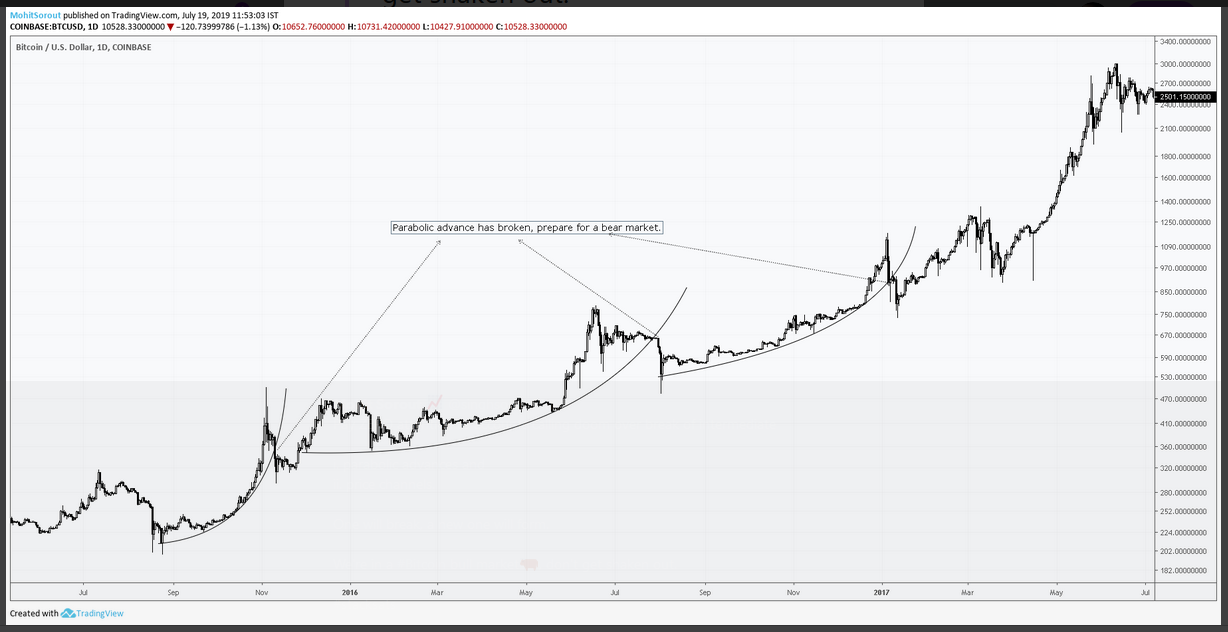 According to the analysis of the previous pattern, it was identified that Bitcoin recorded a similar break back in late 2016, when the parabolic pattern was broken. However, even after the disruption, the valuation continued to spike progressively, despite suffering multiple breaks in the pattern again.