US debt hits $24 trillion as Bitcoin marches on

US debt hits $24 trillion as Bitcoin marches on 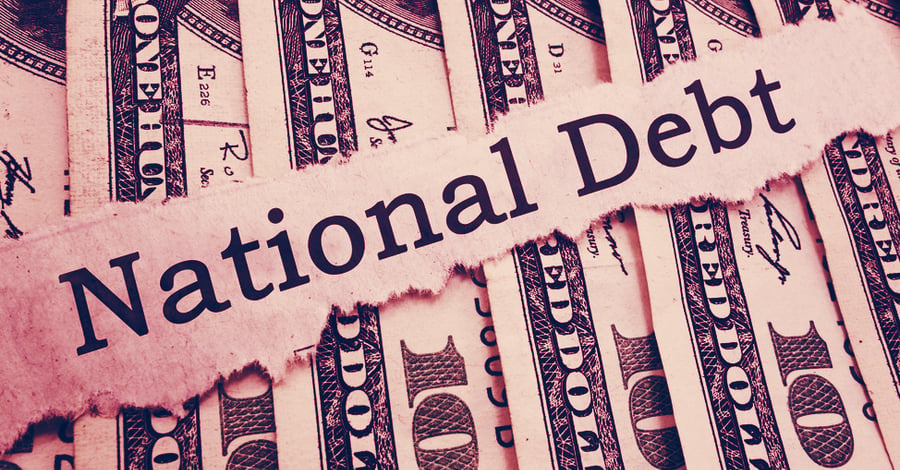 The US national debt has surpassed $24 trillion—the largest nominal amount it’s ever been—according to the US Treasury. This is $8 trillion more than it was in March 2019.

The national debt increased sharply when the Fed pumped trillions into the US economy to stem the tide of the coronavirus pandemic. The pandemic has caused an unprecedented amount of unemployment in the US, and the entire economy has ground to a halt. Counters keep track on the US national debt. Image: Shutterstock.

Analysts at Bank of America say that the Fed’s actions could cause its balance sheet to reach over $9 trillion by the end of the year, or over 40% of the US gross domestic product, according to the Financial Times.

Other analysts told the FT that these estimates are conservative. Krishna Guha, vice-chairman at Evercore ISI, said he expects that it could reach as much as $12 trillion by the middle of the year, or 60% of the US’s GDP.

Bitcoin’s price has, in recent weeks, been largely untouched by the failure of the US economy. In any case, most of its hash power comes from China, which this week removed the quarantine of the city from which the virus originated, Wuhan. This means that the network is still secure.

“I have a big Bitcoin position.