The bitcoin price recovered to around $10,000 right before the weekly close on February 24, closing at $9,945 on BitMEX. Almost immediately after it, two whales placed large $10 million shorts, anticipating the market to pullback.

When the bitcoin price plummeted from $10,331 to $9,260 on February 19 within merely hours, analysts attributed the overnight pullback to a single whale dumping large amounts of bitcoin at $10,300, on major margin trading platforms.

Are some whales expecting a big bitcoin pullback?

As said consistently by Joe007, the largest whale on Bitfinex, the bitcoin market is heavily leveraged and based on debt, as investors often utilize leverage in the range of 3x to 125x.

Following the near 10 percent drop of bitcoin on a single day, Joe007 noted that long and short squeezes in the cryptocurrency market tend to be intense, and traders should not be taken aback by it.

“What, did you think there was any chance of a short squeeze, just like in July 2019? Sorry to disappoint you.”

Due to the over-leveraged nature of the bitcoin market, it opens it up to sudden upside and downside movements in a short period of time.

Whales are possibly expecting the bitcoin price to go down after rejecting the $10,000 level upon the weekly close. 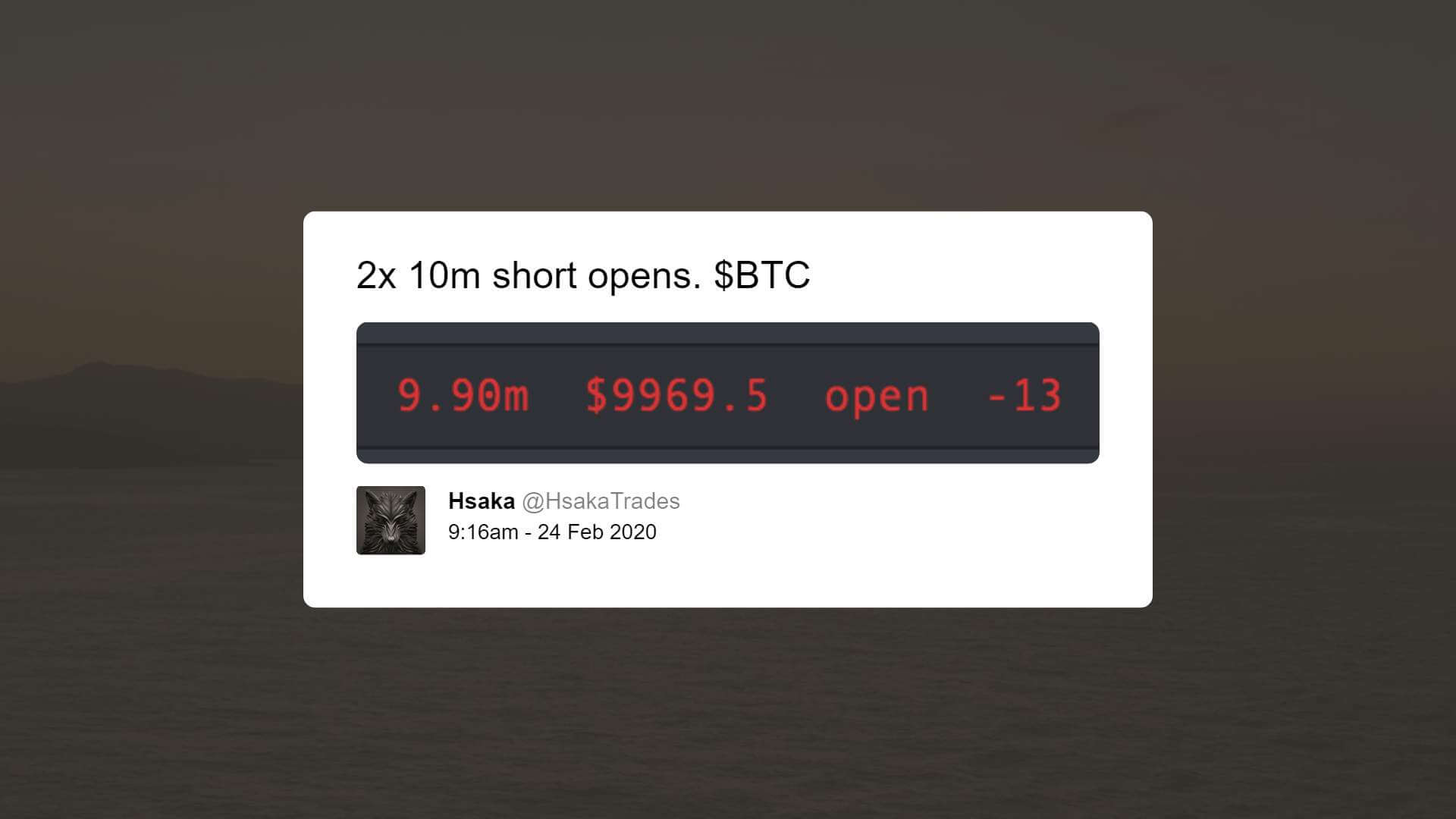 While the sentiment around the cryptocurrency market remains optimistic with the block reward halving on the horizon, there is an opposing narrative by traders that anticipate BTC to pull back before the halving.