The latest episode of The Simpsons, one of the longest-running American TV shows, has just explained how blockchain and cryptocurrencies work.

Parsons goes on to explain “the really cool subject of distributed consensus-based cryptocurrency.”

“For cryptocurrency to work, we need a record of every transaction that occurs. These are recorded in what’s called a distributed ledger. When you use the currency, the transaction is recorded in the ledger. And when one ledger book gets filled up, we add to a chain of previous books. That’s the blockchain,” Parsons noted, continuing via a song:

“I’m a consensus of shared and synchronized digital data spread across multiple platforms from Shanghai to Grenada. Each day I’m closer to being the cash of the future. Not in your wallet, I’m in your computer.”

Interestingly, Parsons’ talk ends with a note, part of which says: “Also, we know who Satoshi is, but we’re not telling.” 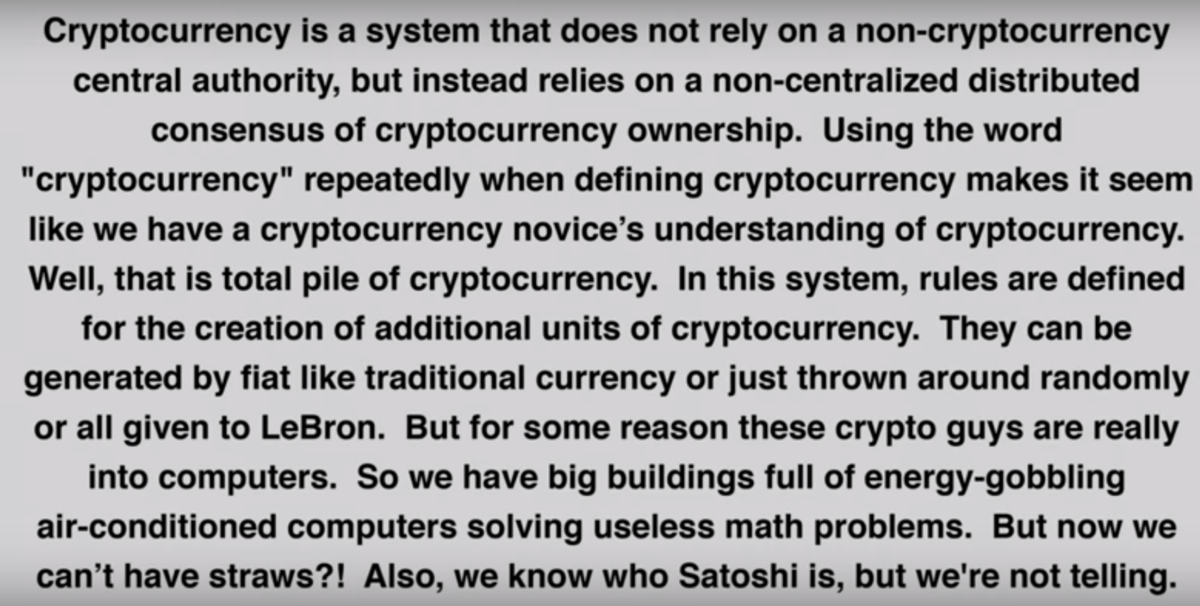