Over $75 Million In Bitcoin Transferred To Top Exchanges, Is Fear Crippling In Amongst Bulls?

Over $75 Million In Bitcoin Transferred To Top Exchanges, Is Fear Crippling In Amongst Bulls?

Bitcoin whales are moving large amounts to and from exchanges raising doubts on a possible bullish run heading to the halving. As the U.S markets opened, over $75 million in Bitcoin (BTC) has been transferred to top crypto exchanges including Binance, OKEx and Bitstamp. Despite BTC changing hands at $7,300 and showing bullish signals on the long term charts, recent movements set an unoptimistic tone on the BTC/USD pair. 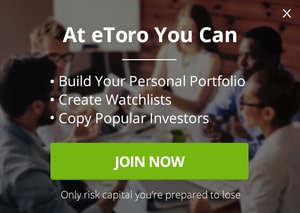 Over $75 million in BTC transferred to exchanges

Shortly after hitting the $7,000 mark and maintaining the price above key resistance levels, BTC bulls look to be ready to cash out in the near future. According to whale data aggregator, Whale Trades, six huge BTC transactions were sent to exchanges between 5.03 PM GMT +3 to 6.44 PM GMT +3 totaling over $80 million in value.

The transactions (each at least over 1000 BTC) were sent to top crypto exchanges including Binance, OKEx and Bitstamp from unknown wallets. The largest of the six is to OKEx whereby 5,000 BTC, approximately $36.3 million as at the time of writing, was sent for a minute fee of 0.00001284 BTC.

However, shortly after the exact amount was sent out from the exchange in two separate transactions of 3,500 BTC and 1,500 BTC, signaling a possible shuffling of funds by the whale.

Are bulls losing their strength in the market?

Over the past week, the sentiments across the BTC market has transformed from strongly bearish to bullish as the price of Bitcoin crossed key resistance level at $6,800.

Scroll for more
Tap
Earn Bitcoin (BTC) Rewards whenever you spend using Visa
Bitcoin Holds on to $7200, Gold Closes at New ATH during an Economic Frenzy