Like gold with previous crises, Bitcoin will thrive after coronavirus, research shows

Like gold with previous crises, Bitcoin will thrive after coronavirus, research shows

Bitcoin showed a tight correlation with the U.S. stock market for about two weeks from March 12, raising concerns among investors that cryptocurrencies are just as vulnerable to a financial crisis as stocks and other high-risk assets.

A study from Seba, a Swiss banking startup that raised $103 million in 2018, showed that gold performed similarly to Bitcoin in previous crises. Over time, however, gold broke out from its correlation with the stock market, and Bitcoin could do the same.

During the Dot-com bubble in 2000, for example, the price of gold moved in tandem with the stock market for about three months before the correlation broke down.

After the initial panic period where the overwhelming majority of investors and institutions frantically sold off assets, markets stabilized and gold began to see an upward trend.

“Gold performed differently in the three crises. Gold’s correlation with S&P saw sharp spikes during crisis periods, however, over the longer term, there are no doubts regarding gold’s position as a diversifier. Over the past 30 years, the correlation between gold and S&P500 averages -0.05.” 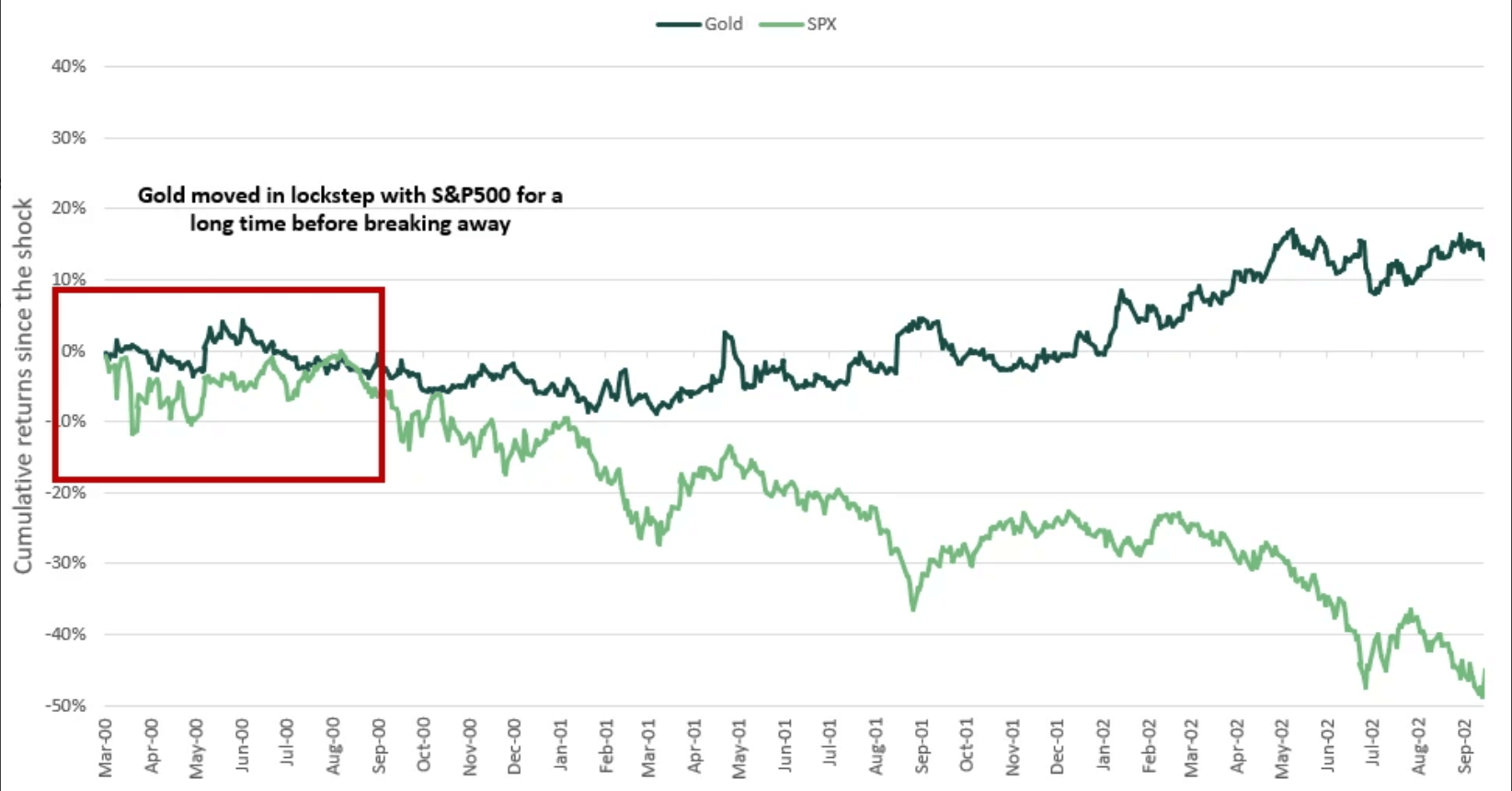 Gold Vs. S&P 500 correlation in Dot-com bubble is similar to Bitcoin (source: Seba)

Gold behaved similarly to how the Bitcoin price moved as the U.S. stock market crashed following an abrupt spike in the number of coronavirus cases in the U.S.

Bitcoin fell when the Dow Jones slipped, even during pre-market trading, and it recovered as the Dow Jones rebounded. But, eventually, within less than two weeks, the correlation has worn off and the Bitcoin price started to rally despite the downtrend in the equities market.