Bitcoin failed at $10,500 during its recent surge above $10,000. Bulls were very intentional in their quest from the support established at $9,700. However, the bears, after losing lost the game for several days, played their cards well, cutting short the journey to the coveted $11,000. BTC/USD plunged sharply, breaking under a couple of key support areas including $10,400 and $10,200.

On the brighter side, the bulls found balance, forming an intraday low at $10,080 on Thursday. Recovery from this zone has seen the price settled above $10,200. Meanwhile, Bitcoin is nurturing a bullish momentum towards the short term resistance at $10,300. The immediate upside is limited by the 50SMA currently holding the ground at $10,307. Further gains towards $10,500 will depend on the ability to clear the sellers’ influence in areas such as $10,300 and $10,400. 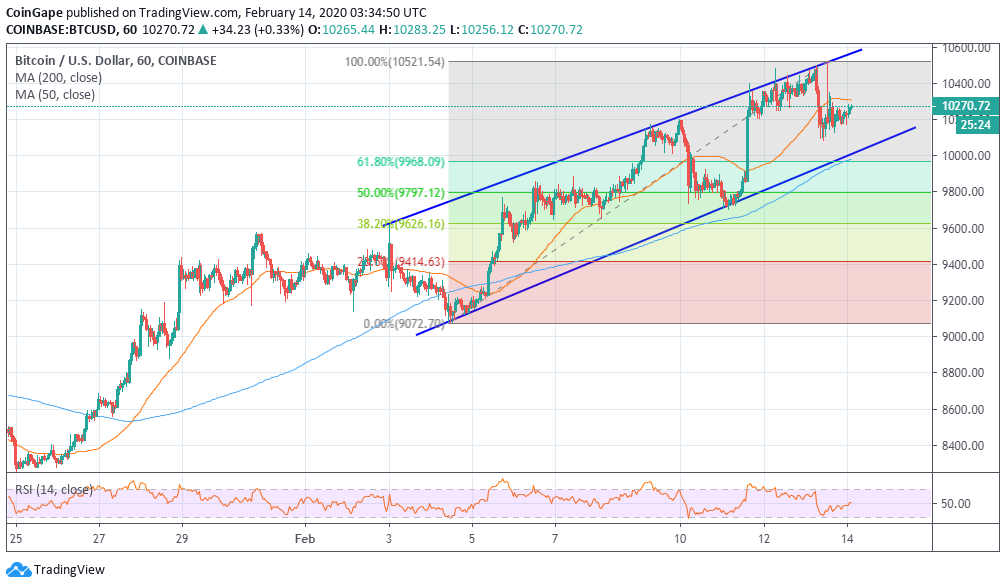 Despite the correction witnessed in the last 24 hours, Bitcoin has remained relatively bullish. For instance, the ascending channel from the beginning of April has remained in place. The channel support has been tested several times. Therefore, if the bulls charge ahead and break the channel resistance, there is a big chance that $11,000 will be a walk in the park but the momentum is set to bring $12,000 in sight.

The Relative Strength Index (RSI) suggests that the bulls are gaining traction in the near term. As long as the indicator pushes the uptrend above 70,