Throughout the past month, Ethereum has outperformed most major cryptocurrencies to become one of the best-performing assets amidst a strong bitcoin upsurge.

What’s pushing the Ethereum price up?

According to global markets analyst Alex Krüger, the average trading volume of Ethereum in the last seven days was four times higher than in the second half of 2019.

“The average ETH trading volume during the past week has been 4 times larger than the average volume for the second half of 2019. Somebody has been buying a lot of ETH.”

When the volume of an asset rises in tandem with its price, it means that the demand for it is on the rise and demonstrates a bullish market structure. 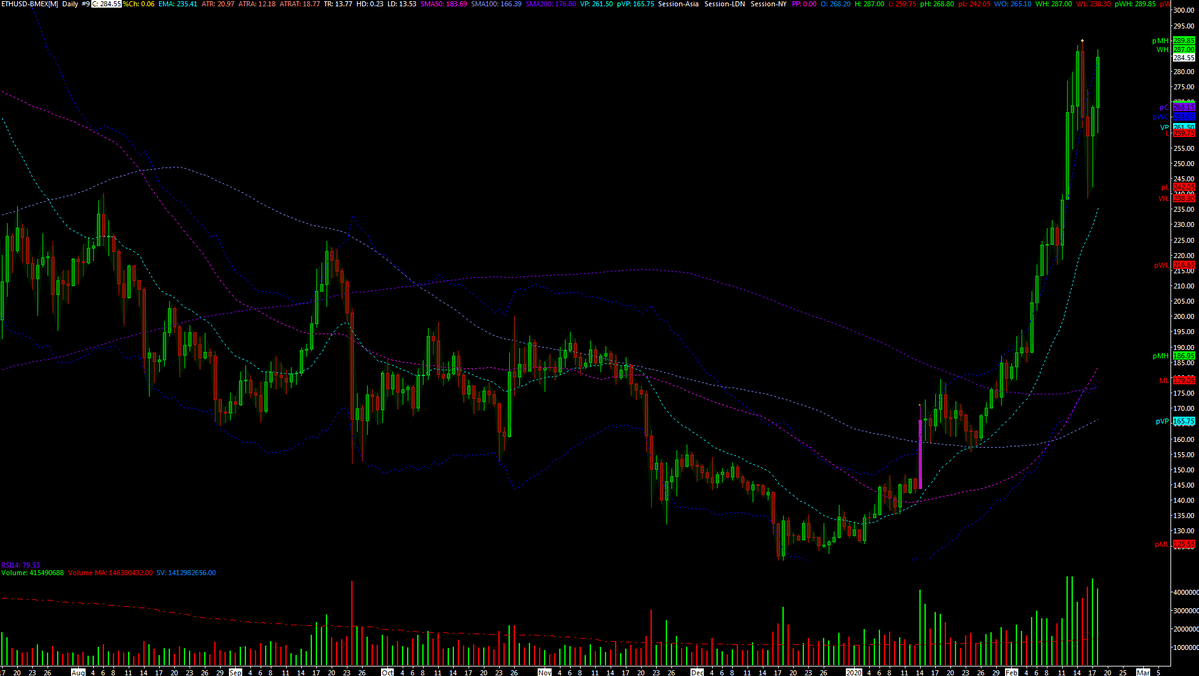 It critically shows that the upsurge of Ethereum is not necessarily completely manipulated as some whales like Joe007 pointed out.

There is a possibility that as the Ethereum price began to pick up in late January supported with spoof orders, which some consider being an attempt at manipulation, investors started to buy into the cryptocurrency.

The continuous increase in volume supplemented with various fundamental factors such as a clear rise in decentralized finance (DeFi) activity and accumulation in spot markets suggest that Ethereum is about to enter an extended uptrend.

Since the first week of January, Ethereum has front-run bitcoin and the rest of the cryptocurrency market.