This Exchange News was brought to you by OKCoin, our preferred Exchange Partner.

Bitcoin’s intense strength seen throughout the past several days and weeks showed some signs of degrading today. This comes after BTC shed over $20 billion off of its market capitalization during its sharp $2,000 decline seen yesterday evening.

The benchmark cryptocurrency is now flashing some signs of immense short-term bearishness, as indicated by a few key technical indicators.

The long-term outlook for the cryptocurrency remains incredibly bright, however, and its development from a fundamental perspective in the time since its last halving event in 2016 is clearly elucidated by its hash rate’s parabolic growth.

Bitcoin’s price action seen throughout the past 24-hours has been overtly bearish, as the cryptocurrency cratered by nearly $2,000 yesterday after multiple failed attempts to break above the $10,000 level.

This overnight movement was quite surprising, as BTC was previously showing signs of stability and strength as it methodically pushed higher each day.

It now appears that $8,400 has become a key short-term support level, as BTC has posted a notable reaction to this level on a few occasions throughout the past day.

Degrading short-term fundamental strength may be enough to push the crypto below this level, however, as data from the blockchain data visualization tool IntoTheBlock indicates that a few key factors are elucidating some underlying weakness.

“With just two days left for the Bitcoin Halving, our actionable signals indicate a Bearish Momentum. Why? – The Network is not growing as fast as before – Less accumulation by large holders – Less % of addresses in the money – Large transactions ($100k) were also decreasing.” 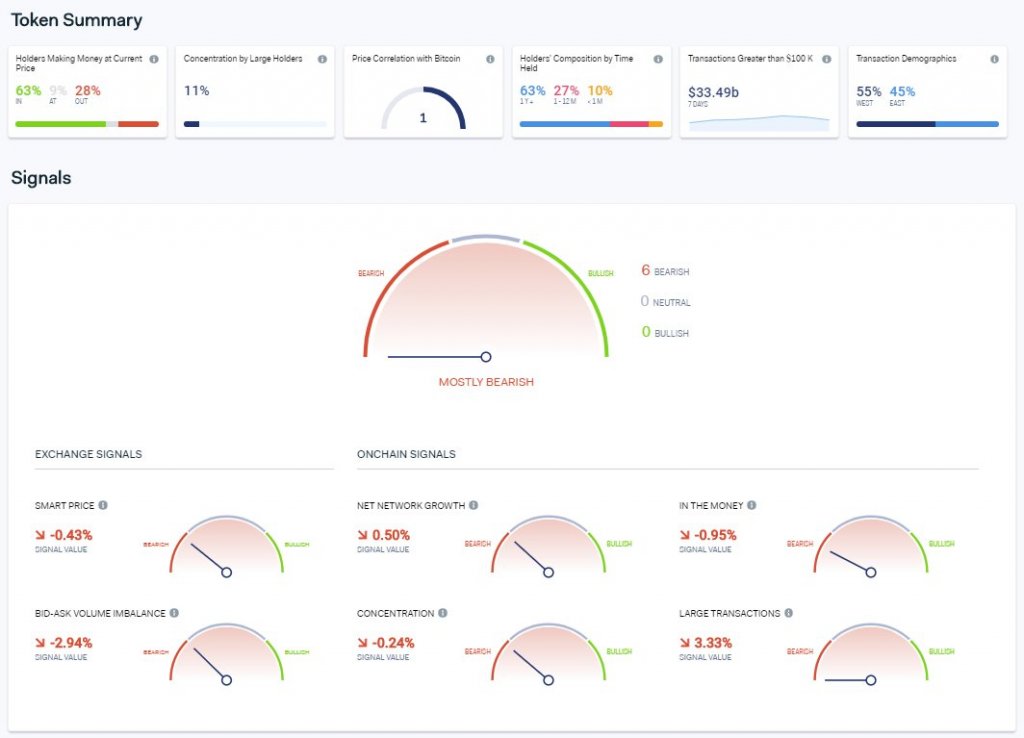 Scroll for more
Tap
Chilling 32% Crash Prediction for S&P 500 Puts Bitcoin Price Rally At Risk
11 Years In: Why Are Bitcoin Exchange Outages Still Occurring, And Is There an Answer?