Bitcoin price alongside other cryptocurrencies advanced on Sunday as bulls stayed woke. The weekend session was characterized by minor up and down movements but key resistance zone such as $10,000 remained at bay. However, the trading session on Monday (Asian) culminated in losses with Bitcoin diving to lows close to $9,600. The move has been interpreted as a blow to the buyers who had wished to start the week with a jump above $10,000. 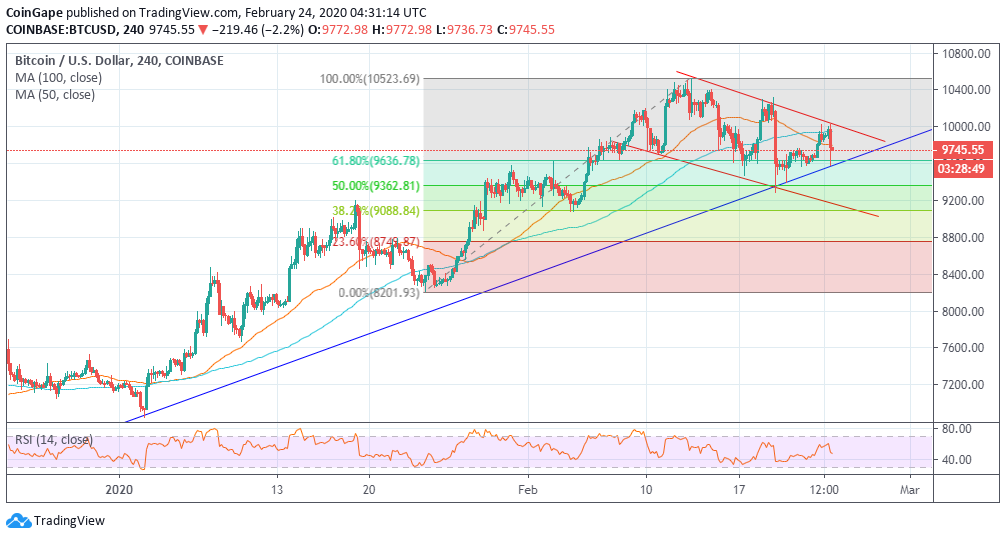 Besides, the 61.8% Fibo, Bitcoin’s downside is supported by an ascending trendline that has managed to stay intact since January. Meanwhile, selling activities continue to gain momentum especially with the Relative Strength Index (RSI) diving under 50 (average level). The double-cross of the 50 SMA under the 100 SMA at $9,93.87 suggests that Bitcoin could settle under $9,900 before the next assault is launched on $10,000. Moreover, the widening moving average gap confirms the increased selling activity.