Bitcoin Price Analysis: BTC Failed Breakout Puts It In a Predicament – Are We Headed Lower This Weekend?

Bitcoin Price Analysis: BTC Failed Breakout Puts It In a Predicament – Are We Headed Lower This Weekend?

Bitcoin failed to break the upper boundary of the current consolidation pattern once again as it fails to close above the $6,800 level. The cryptocurrency started the day off by trending higher toward the $7,000 level only to roll over and fall lower to trade back inside the triangle.

This marks the second day in a row that Bitcoin has failed to break above this ascending triangle as it looks to set up another few days of negative price declines beneath $6,800. A break above this triangle would have set Bitcoin up to reach the $8,000 level, however, this is looking less and less likely with each failed breakout attempt. 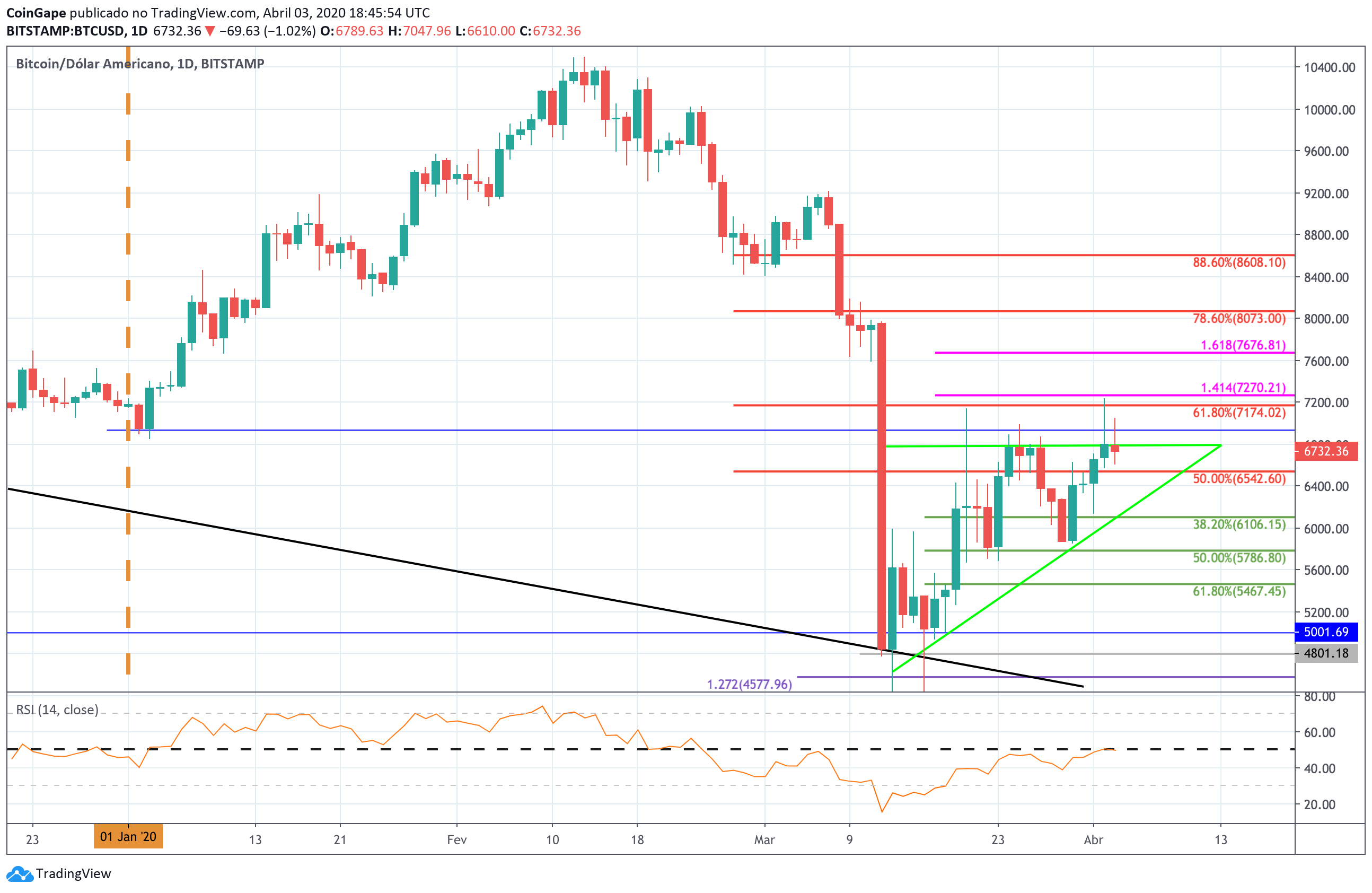 Taking a look at the daily chart above, we can clearly see Bitcoin failing to break up above the upper boundary of this ascending triangle. Today, it went as high as $7,000 but went on to roll over and drop back beneath the $6,800 level.

The candle is still yet to close, however, it does look unlikely that the bulls will end up closing above this resistance.

Bitcoin still remains neutral whilst it trades within the confines of the triangle.