Bitcoin, the world’s largest cryptocurrency, is getting a big boost from Brazil. The largest country in South America is unveiling support for BTC along with other cryptocurrencies through its largest payment processor in a push for mainstream adoption.

According to a report by CoinTelegraph Brazil, Cielo has a network of 1.4 million point-of-sale devices throughout Brazil that will now support cryptocurrency payments. In collaboration with the free digital rechargeable credit card, Uzzo, and crypto exchange Criptohub, Cielo will allow users to send crypto to devices via a QR code.

Brazil, with an estimated population of 212 million people, is the fifth-largest country in the world and the richest in South America. With a median age of 32, it’s a prime target for blockchain and crypto entrepreneurs who are building new business models focused on Millennials and consumers’ mobile behaviors.

Cielo’s partner bank, Banco do Brasil, had the third most downloaded app in 2018, according to a report by SensorTower.

In terms of interest in digital assets, the Global Digital Report shows Brazil ranks fifth in the world, with the highest-level of Bitcoin and cryptocurrency ownership among internet users. 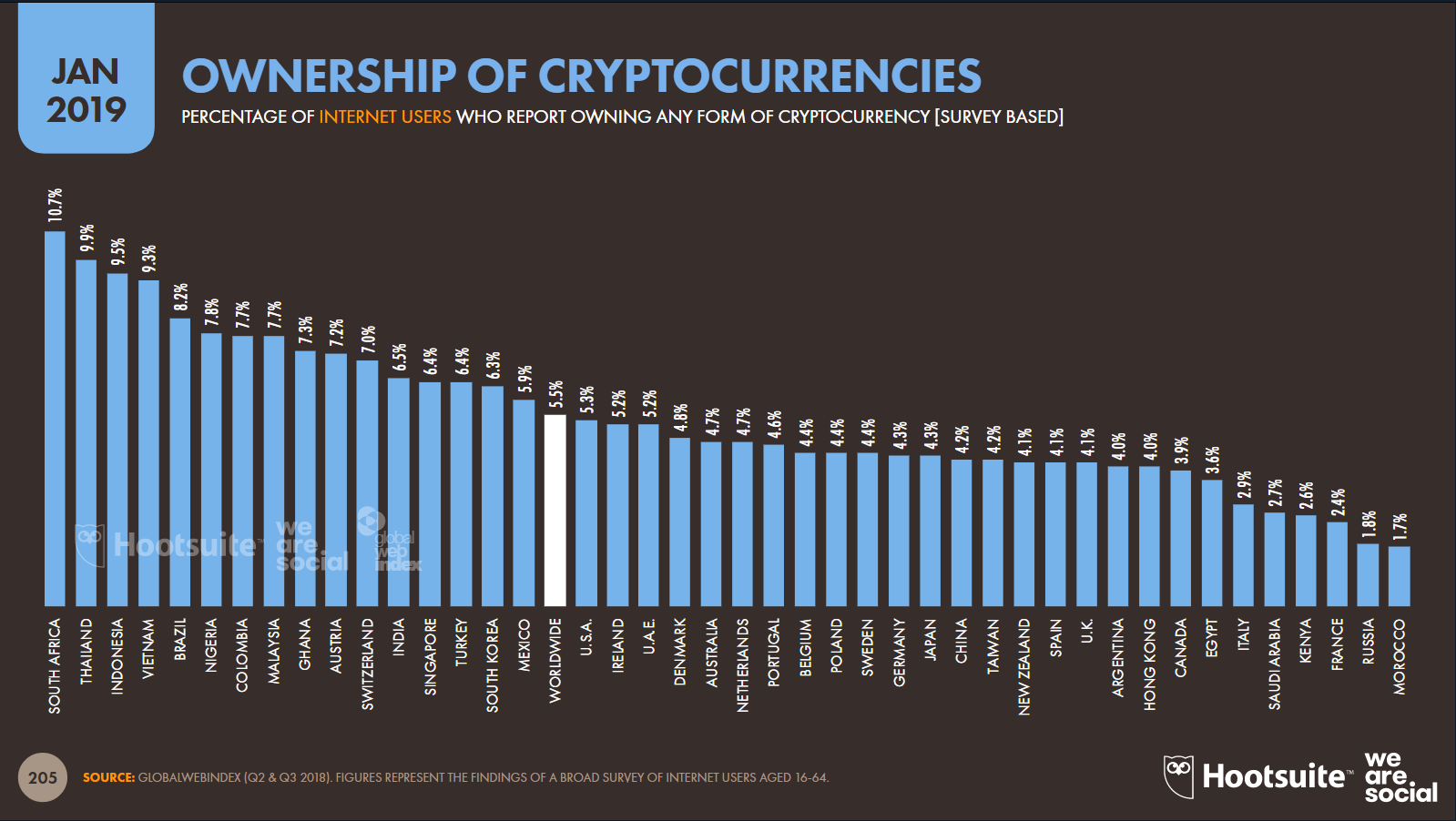 Check Out the Latest Headlines