Notably, BCH bulls had reversed losses from November 2018 hash rate war whose aftermath saw prices drop 50%, subsequently cratering in following sessions to around $100 before bouncing back strongly in the first half of 2019.

Amid this resurgence, Bitcoin Cash buyers are in the driving seat. The coin is outperforming stalwarts, leading the market as the crypto environment remains upbeat in expectations of better prices.

Specifically, Bitcoin Cash is up 9% in the past trading week but has more than doubled in 2020 against the greenback.

This year alone, the coin us up 248% against the USD, reclaiming its spot at fourth. Also, BCH has somehow outperformed ETH, which is throbbing at spot prices. 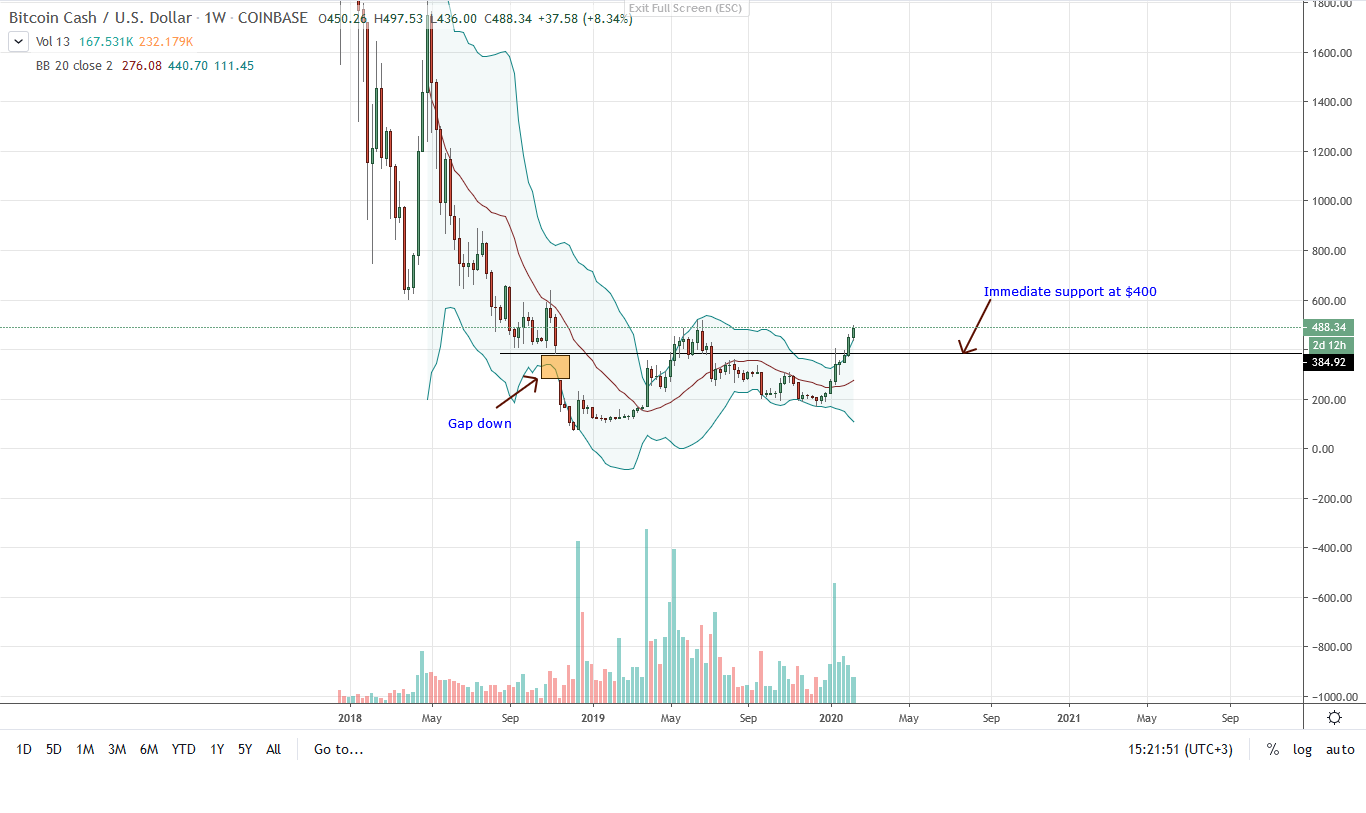 As a Bitcoin spinoff, the coin uses a Proof-of-Work consensus algorithm, and every 4 years, the network halves its block reward to keep its emission steady.

Bitcoin Cash halving in 8 weeks. Block 63000 will halve the number of new #BCH minted with each block mined.

Like Bitcoin, BCH will halve. However, this event will precede Bitcoin’s. Because of the emission shock expected once halving is done,

Los Angeles Lakers May Be the Next Socios Partner After Barcelona, Juventus, and AS Roma
Bloomberg Crypto Index Shows Ethereum Is Overbought, Is A Crash Coming?