In what can only be termed as one of the most successful months in Bitcoin’s history, February has seen the price of Bitcoin cross the $10,000 USD mark, turn key resistance to base support level at $9,800 USD and set new all-time highs in hash rates, realized cap and difficulty as the community remains buzzed for the upcoming Bitcoin halving in May.

Well, Bitcoin looks set to break more records as the month enters its final half with analysts predicting a $10,800 monthly close on the asset’s price. If BTC’s price at the moment represented the monthly close (currently at $10,247 USD across major exchanges), February would rank as the third highest monthly close ever – only behind June 2019 ($10,705) and December 2017 ($13,878).

While the price still dwindles $500 USD below the June 2019 monthly close, BTC looks set to breach the monthly close. With two weeks to go till the end of February bulls are heavily invested in setting its highest monthly close since Dec. 2017. 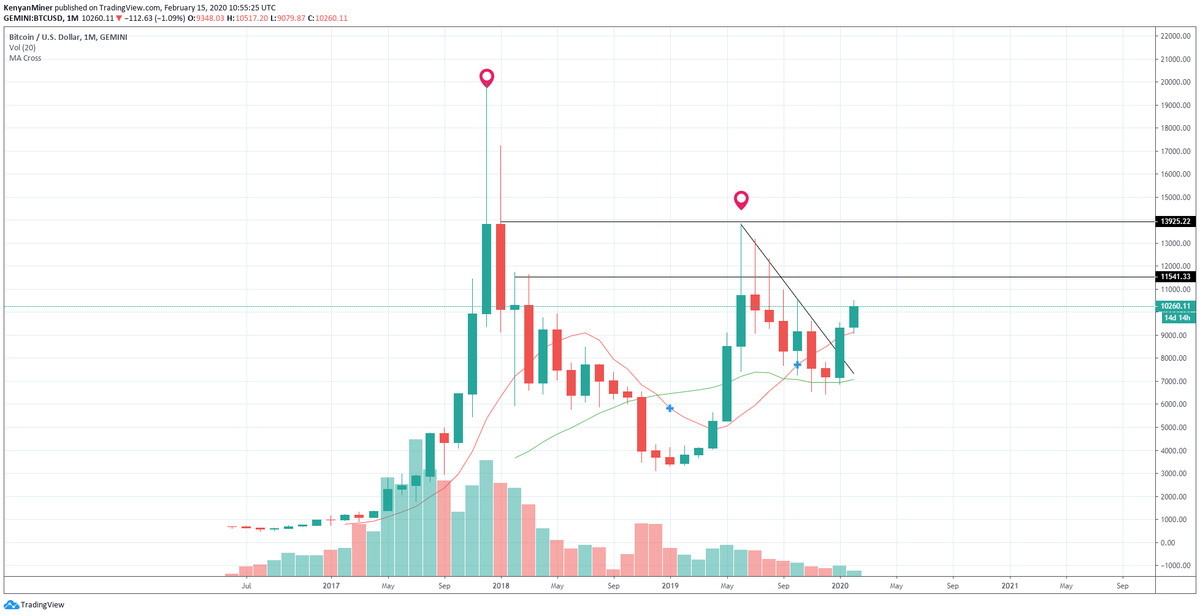 A golden cross forming on the moving average on weekly charts further confirms a possible spike further for the cryptocurrency. Having bounced off at the long term key resistance level at $7000,

Ethereum Price Analysis: Ethereum Reaches $285 As It Continues Climb Toward $300
$96 Million worth of Bitcoin (BTC) Just Got Wiped at BitMex