Bears Continue To Gain Momentum In Bitcoin – Are We About To Collapse?

Bears Continue To Gain Momentum In Bitcoin – Are We About To Collapse?

Bitcoin has been falling ever since meeting resistance at the $10,400 level this past week. During the week, tt found support at around $9,600, however, it was unable to overcome the resistance at $10,190, causing it to drop and fall once again.

Things are now looking troublesome for Bitcoin after not being able to make any movement higher over the past few days. Despite all the latest price falls, Bitcoin remains up by a total of 11% over the past 30-days of trading. 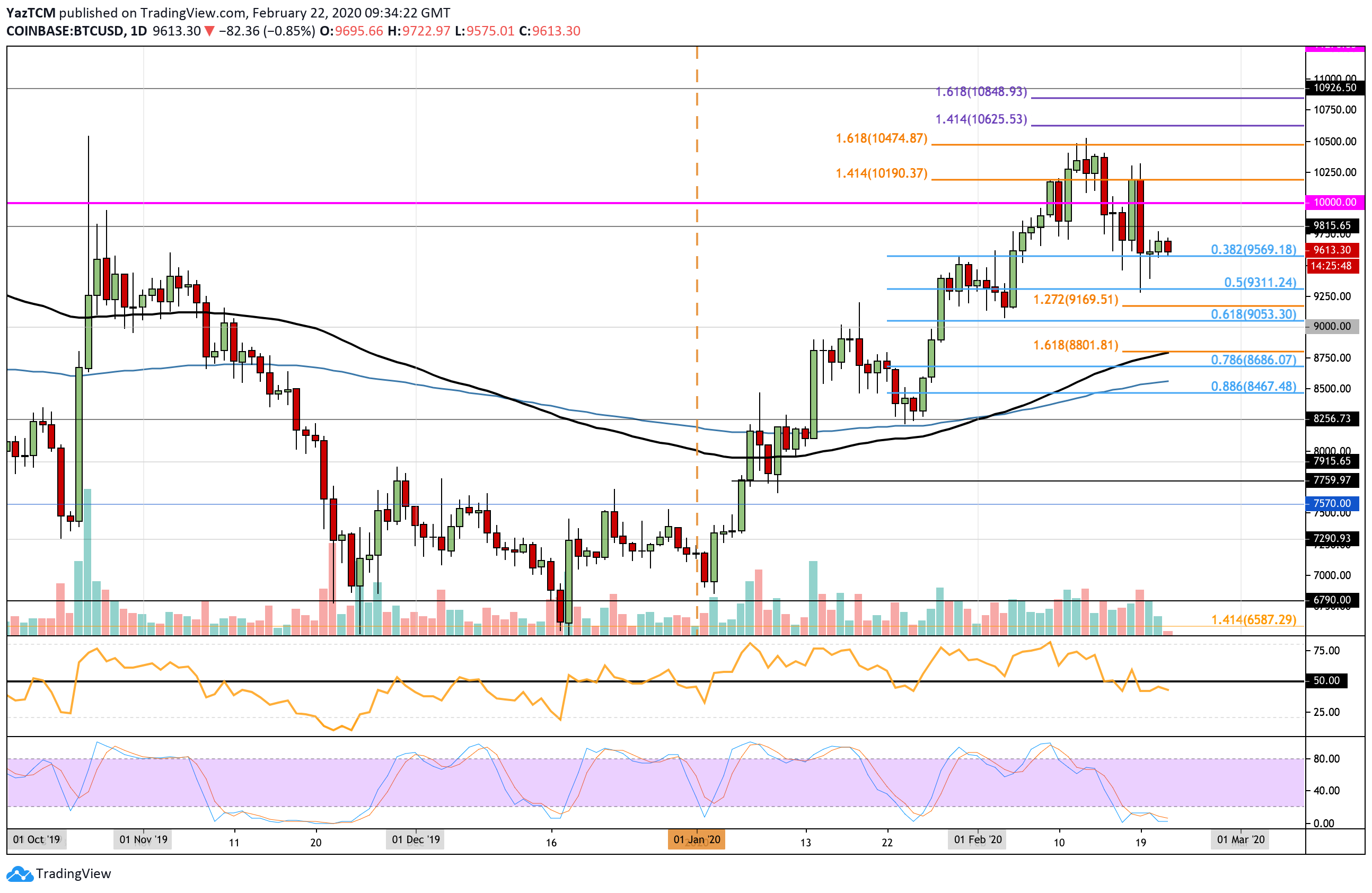 Taking a look at the daily chart above, we can see that Bitcoin has found support at the .382 Fib Retracement, priced at $9,569. During the week, it made a rebound and broke above the $10,000 level again, however, it was unable to break above $10,190 (previous 1.414 Fib Extension) which caused it to reverse and rollover.

The cryptocurrency remains bullish, however, it is very close to becoming neutral. If it drops beneath the $9,000 level, we can consider the market as neutral. It would need to drop beneath $8,200 before we could consider it to be in danger of turning bearish.

Bitcoin (BTC) Signals Spreading Across Reddit, Reports Crypto Analytics Firm
Here’s Why Even as a Bitcoiner you Shouldn’t Ignore Ethereum