As Bitcoin [BTC] Consolidates above $10,600, Analysts Expect a Big Move

As Bitcoin [BTC] Consolidates above $10,600, Analysts Expect a Big Move

Bitcoin [BTC] broke bullish on 28th August as it rejected another attempt for a break below $9000. The price has been in the green since then, with Bitcoin holding its gains above $10,500. Analysts suggest that we could see a massive move on either side soon. 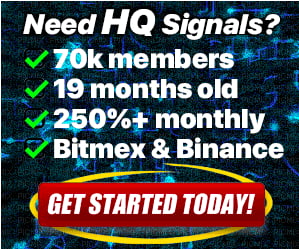 According to another crypto-trader, B.Biddles, the open interest in Bitcoin is rising. It corresponds to the number of active contracts (Short or long) on Bitcoin. As the OI is rising, the pressure for a big move is also rising. He tweeted,

OI rising as we consolidate. That usually confirms trend. But I don’t feel certain enough to enter a trade. Next move will be violent as OI is rising in a tight range, lots of potential liquidations on either side.

Sawcruhteez also suggested that, “We could get a big move in the blink of an eye.” However, Tone Vays expressed that possibility that we could see neutral move for another two months, “who knows, he says.”

On the daily chart, its still trading below the wedge pattern and psychological resistance at $11,000.

Moreover, Tone Vays indicated that we could re-test the $10000 support levels.

Mark Mobius Says, Crypto Must be Backed by Gold – Here’s One Such Regulated Token
Large BTC Hodler Transfers Over $1 Billion Worth Of BTC Between Wallets