It has been an exciting year for Bitcoin. Until a few weeks ago, when Bitcoin was breaking the shackles of the crypto-winter and surging by over 250 percent in three months, many would have said that Bitcoin is on its way to breaking the ATH. However, ask them the question now, the answer would be very different.

The coin’s bullish momentum has significantly fallen over the last 30 days, with the price of BTC progressively declining. The Libra hearing and the involvement of US government officials did not play particularly well in favor of Bitcoin; despite receiving somewhat positive feedback from few officials, most notably Jerome Powell, Head of the Federal Reserve.

The control of bears over Bitcoin in the last few weeks was evident on the charts. Key support lines of Bitcoin reversed to become resistances as prices kept consolidating lower down the charts. The volatility was still present as prices experienced major turbulence during the Libra hearing and U.S Treasury Secretary’s Mnuchin emergency briefing on crypto.

During the progressive devaluation, Bitcoin also fell below the psychological resistance of $10,000, and a particular trend followed up. 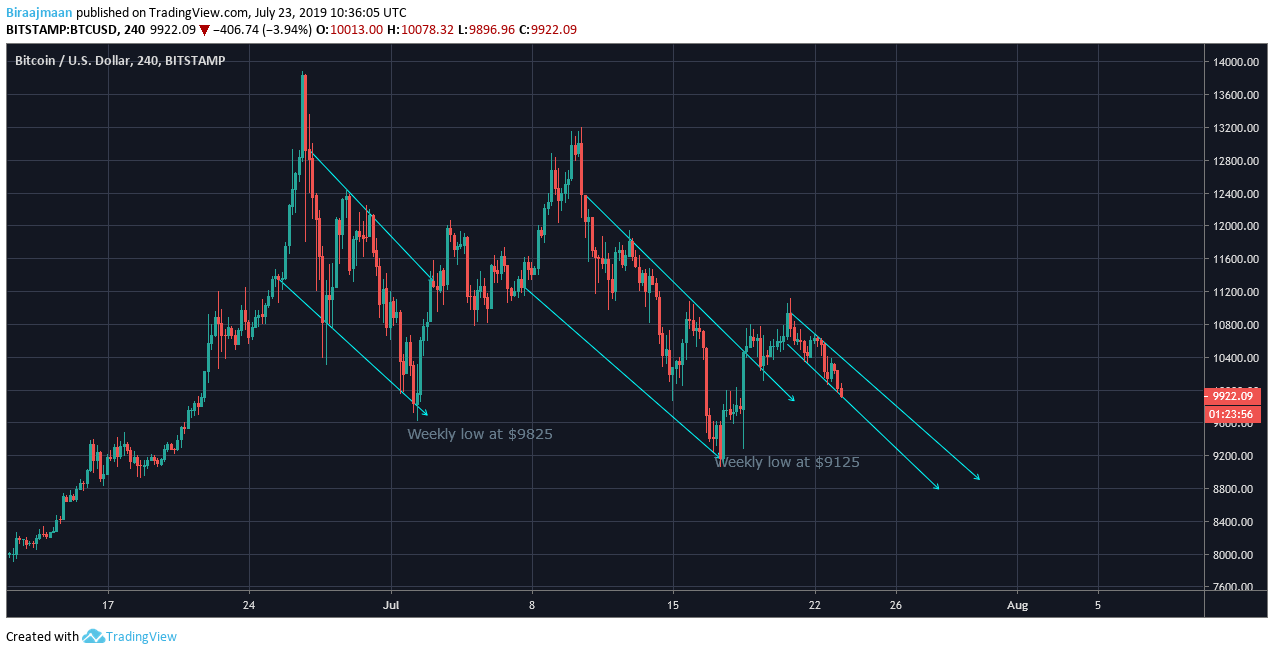 The trend has continued in the present market and after a short correction near $11,000, BTC is losing its valuation in the market again.

The situation may lead to the creation of another major resistance line at $9441, which is the 0.382 Fibonacci resistance.

Binance CEO: A US Crypto Ban Would Not Shatter The Industry
Elon Musk Loses ANOTHER Tesla Employee to Apple: Here’s Why