A big Bitfinex Bitcoin whale is anticipating a severe correction, will he be right?

A big Bitfinex Bitcoin whale is anticipating a severe correction, will he be right?

A Bitcoin whale on Bitfinex who identifies as Joe007 has been consistent in calling for a steep correction in the market since the $9,000s. The individual explained the current bull market has been highly manipulated by other whales, and a pullback is unavoidable.

According to cryptocurrency trader Jacob Canfield, Joe007 has been profitable for six straight months from August 2019 to January 2020.

On average, the trader recorded $6.52 million in profit on a monthly basis for the past half-year. 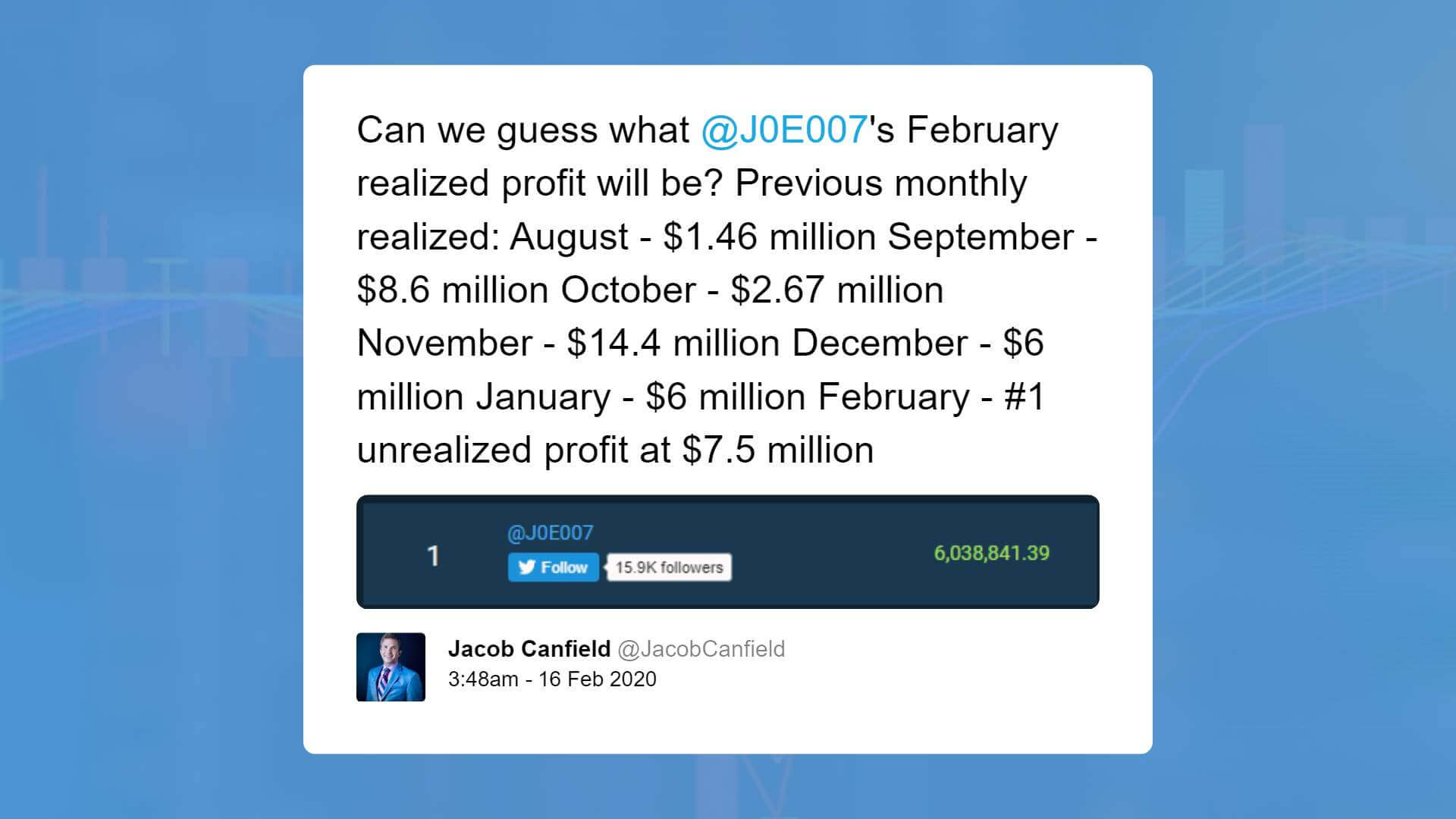 Throughout February, Joe007 has been consistent in describing the Bitcoin rally from the $9,000s to $10,500 as a case of manipulation in the form of spoof orders.

In margin trading, spoof orders refer to fake buy orders placed to encourage other investors to place long contracts to bump up the price of Bitcoin. With the recent upsurge being driven primarily by highly leveraged longs, the whale said that the move is “irresponsible,” and an inevitable pullback will arrive.

“You can push the price only so long with fantom money. At some point, people would want to cash out their mad gainz only to find no one on the other side of the market. That would be the show.”

Whales tend to trade on Bitfinex over other platforms because the exchange offers only up to 3.3x leverage. Compared to BitMEX or Binance’s 100 to 125x, the low leverage of 3.3x does not appeal to most individual investors with low capital.

Ethereum is on the cusp of a bear cross, placing it in dangerous territory
Bitcoin plummets to key support as analysts eye potential further downside