$96 Million worth of Bitcoin (BTC) Just Got Wiped at BitMex

$96 Million worth of Bitcoin (BTC) Just Got Wiped at BitMex

And the sucker punch has smashed through BTC bulls’ optimism, causing a $96 million hole in investors’ pockets all thanks to BitMex’s liquidation.

$96 million worth of BTC Liquidated at BitMex

In a record 5 minutes, safe the flash crash that we saw recently in XRP at BitMex, the price of the world’s most valuable coin sunk by $350 to $9,700. Prices have since steadied below $10,000, and it could be hinting of what’s coming.

According to Skew, an analytics platform, the sharp drop in prices saw a $96 million liquidation. 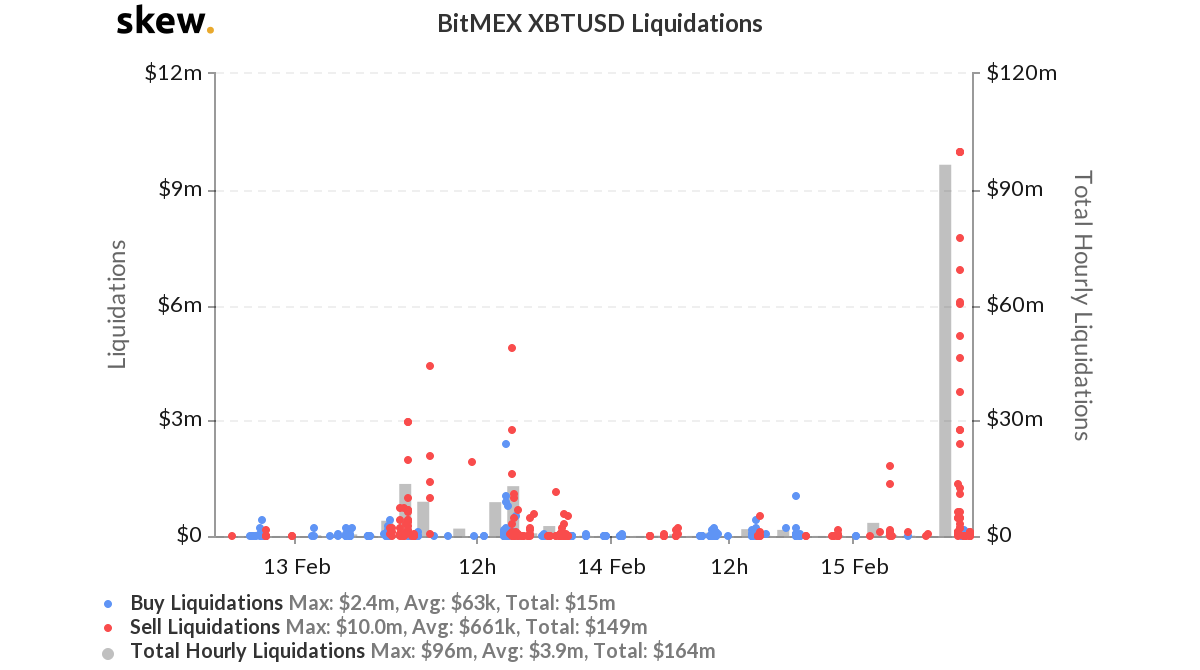 That’s $4 million shy off the $100 million mark and reveals how skewed the market has been over the past few days.

There is no doubt that the market is bullish.

A combination of several (unattractive) events and propositions like the Coronavirus spreading and claiming its first victim in France, combined with central banks gravitating towards money printing, easing/accommodating to prop economies, means safe havens of which Bitcoin has carved out its share from stalwarts as gold and Japanese Yen, translates to higher and better prices.

From the charts, it appears as if bulls are exhausted. From candlestick arrangement, BTC price has charted a near perpendicular path.